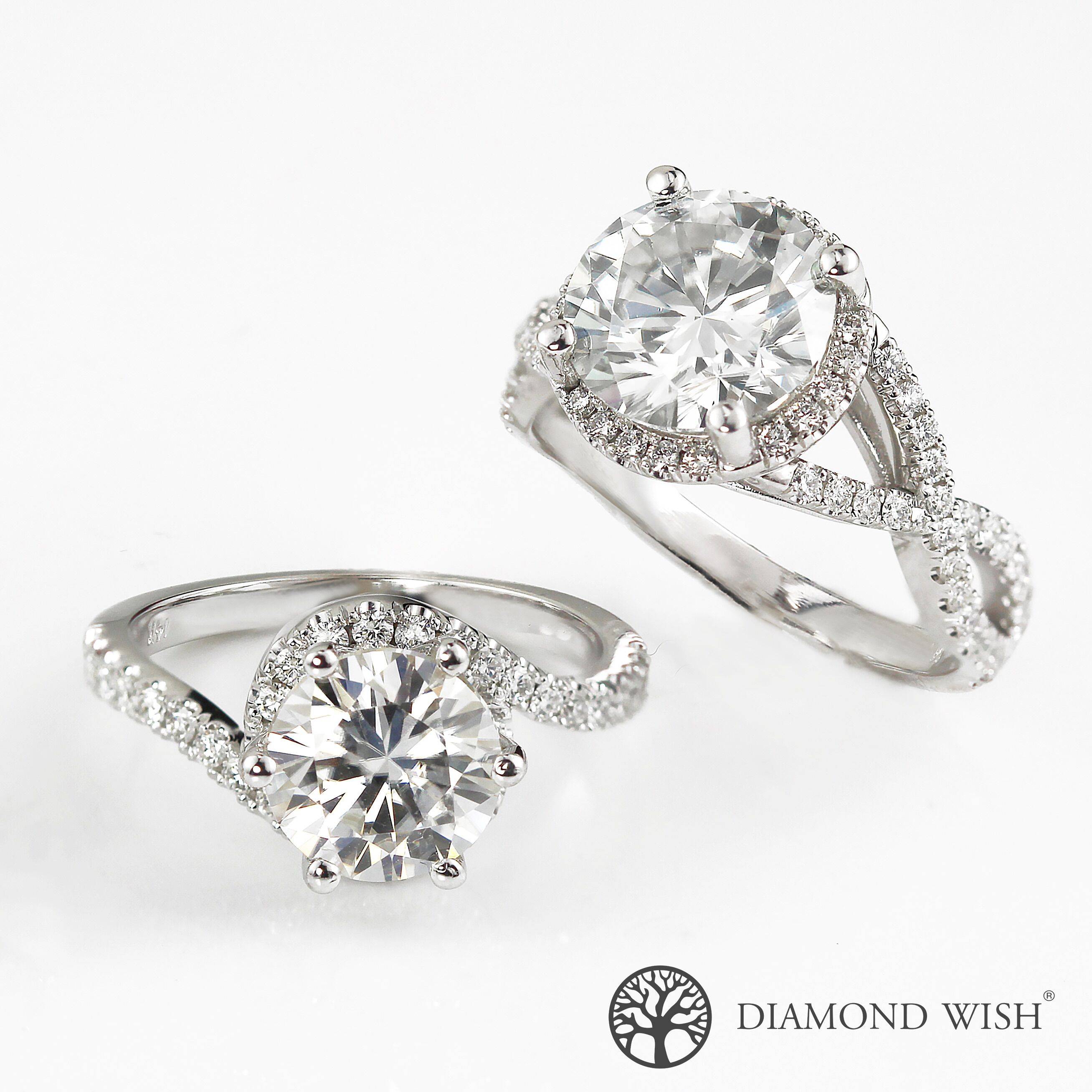 Want to save money on your engagement ring? Embrace the trending gemstone of the moment, moissanite.

Have you ever heard of moissanite? It’s a glittering, clear white gemstone that is also called a “space diamond” or “stardust.”

Moissanite gets its celestial nicknames from its origin story. This sparkling gem was first discovered in 1893 by a man named Henri Moissan. Mr. Moissan, a French scientist, investigated a meteorite inside a crater in Arizona and found what he thought were diamonds. However, on closer inspection, he realized that the crystals in the meteor were made of silicon carbide and were a totally new kind of gemstone, which he named Moissanite after himself. 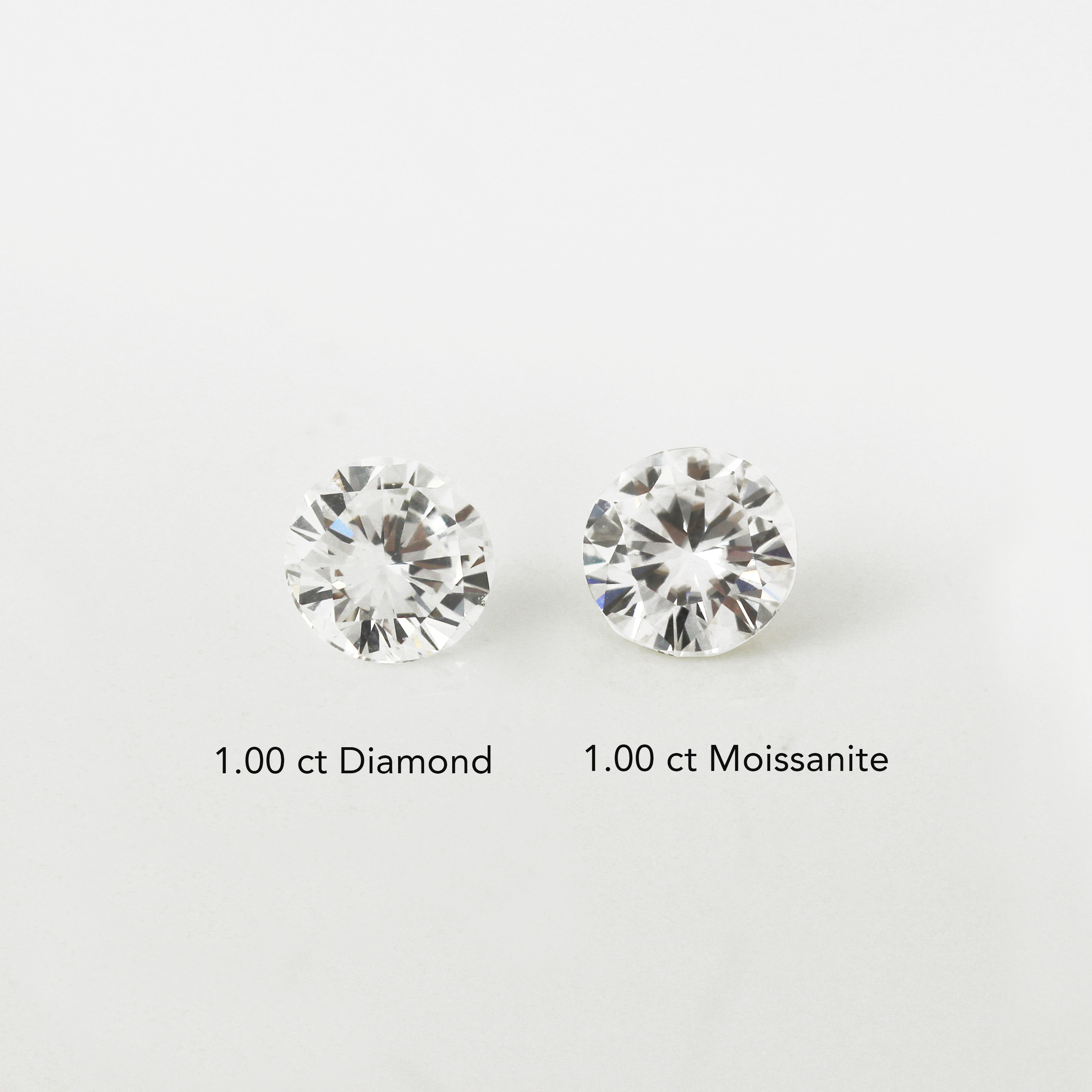 Moissanite has become a trending engagement ring option for a few different reasons. One is that this dazzling gemstone looks very similar to a diamond but has a much nicer price tag. 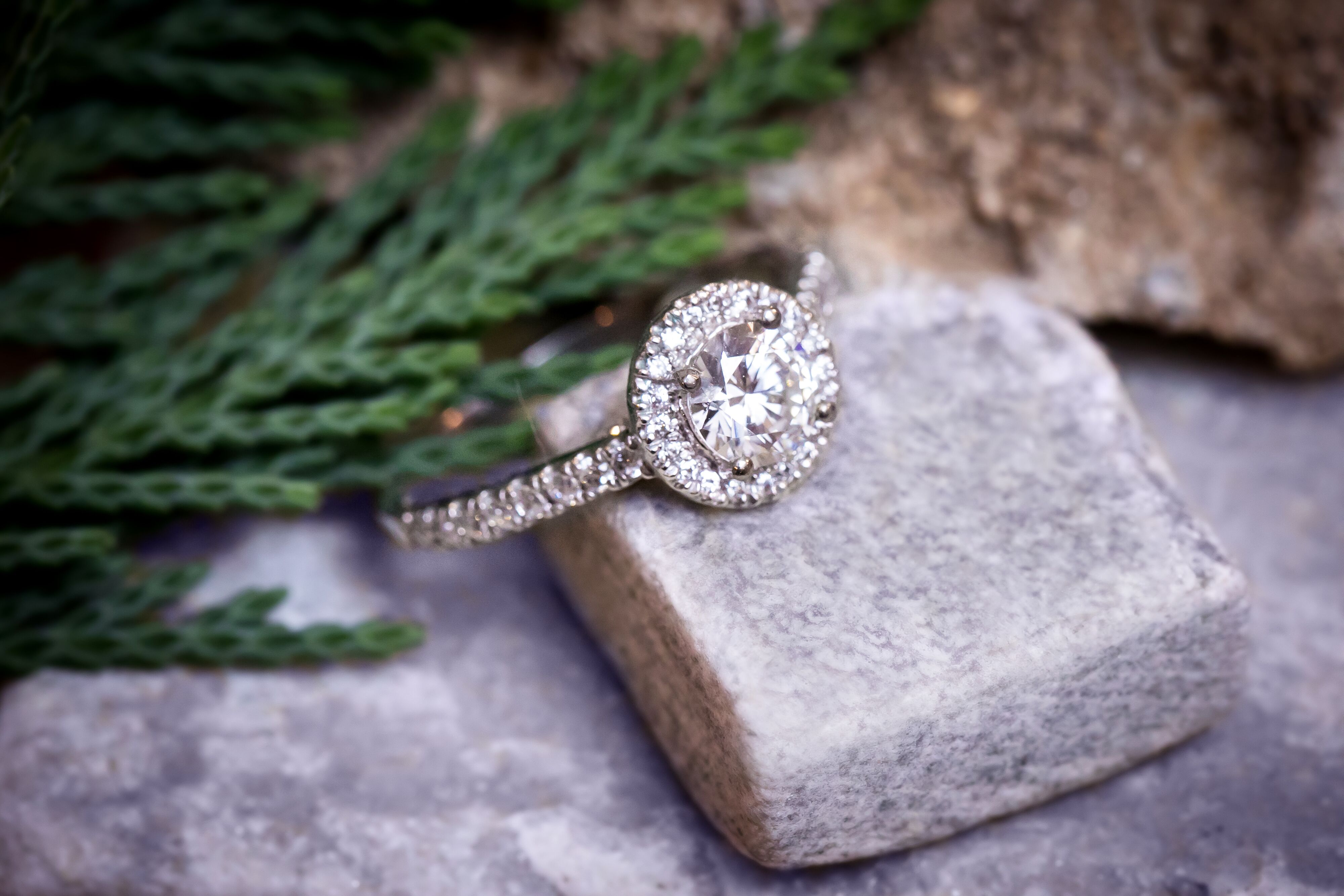 When compared to a diamond, moissanite stacks up very well. It’s similarly hard and just as brilliant. However, the shimmer that comes from a moissanite has a different pattern. It’s much more fiery (which means the light it reflects splits up into rainbows).

And, like we said above, the price of moissanite is amazing. For example, a one carat diamond with respectable 4C gradings would likely run you upwards of $4,000. A comparable moissanite, on the other hand, would likely only cost around $600 or less. For something that looks so similar, that’s a steal. 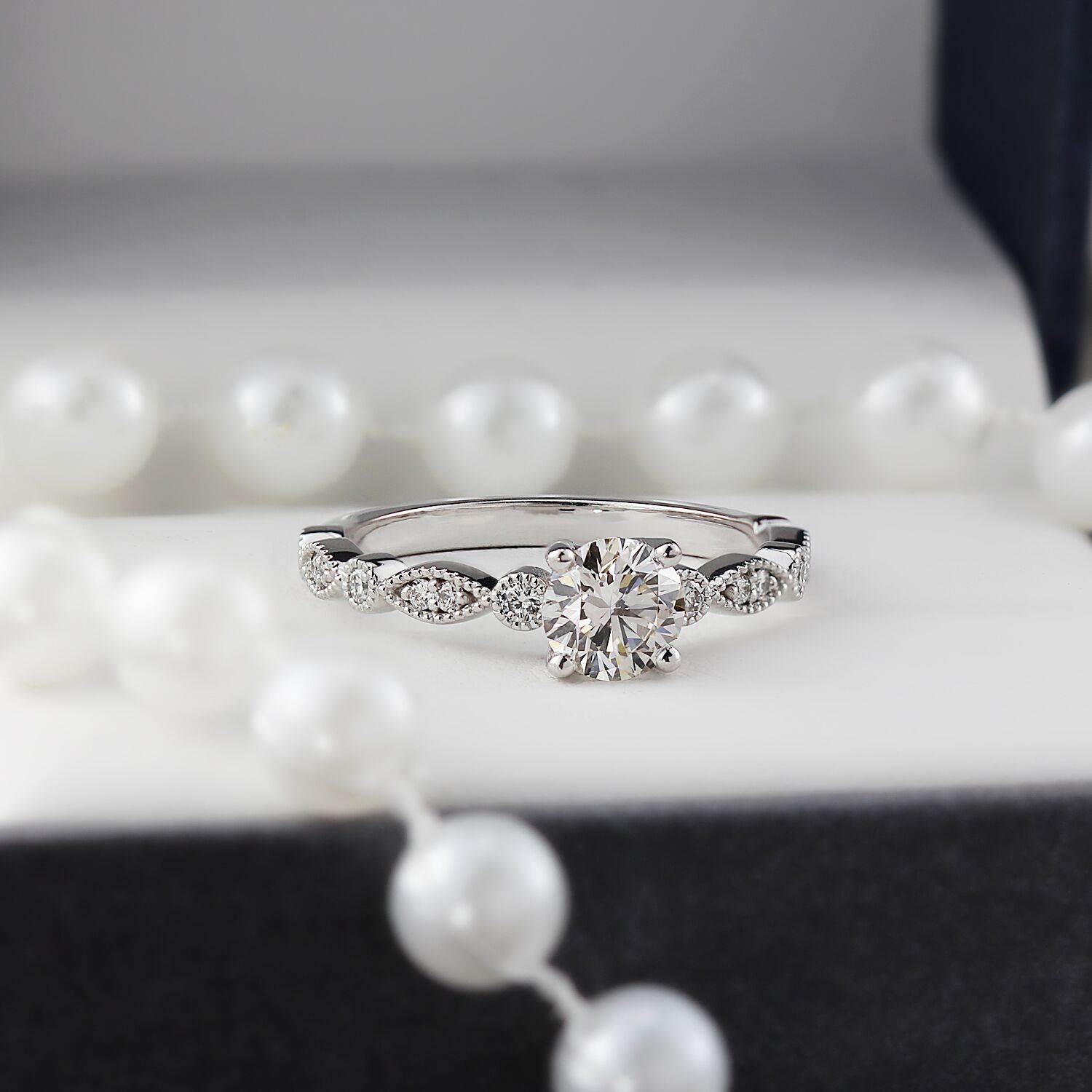 Think of all the things you could do with all the money you’d save getting a moissanite engagement ring instead of a diamond engagement ring. You could go on an incredible trip or dine at the finest restaurants. Or, you could put that money toward a new car or a down payment on a house. These are just ideas— you could always spend your original budget on a moissanite ring and just get a much larger, flashier ring. The choice is yours.

One last thing in moissanite’s favor? It’s eco friendly. Since most moissanite you’d see today is created in a lab, it creates far less environmental impact than a natural diamond would. So, moissanite is not only a gemstone that will save you money, it’s also one that helps to save the environment. That’s a win-win.