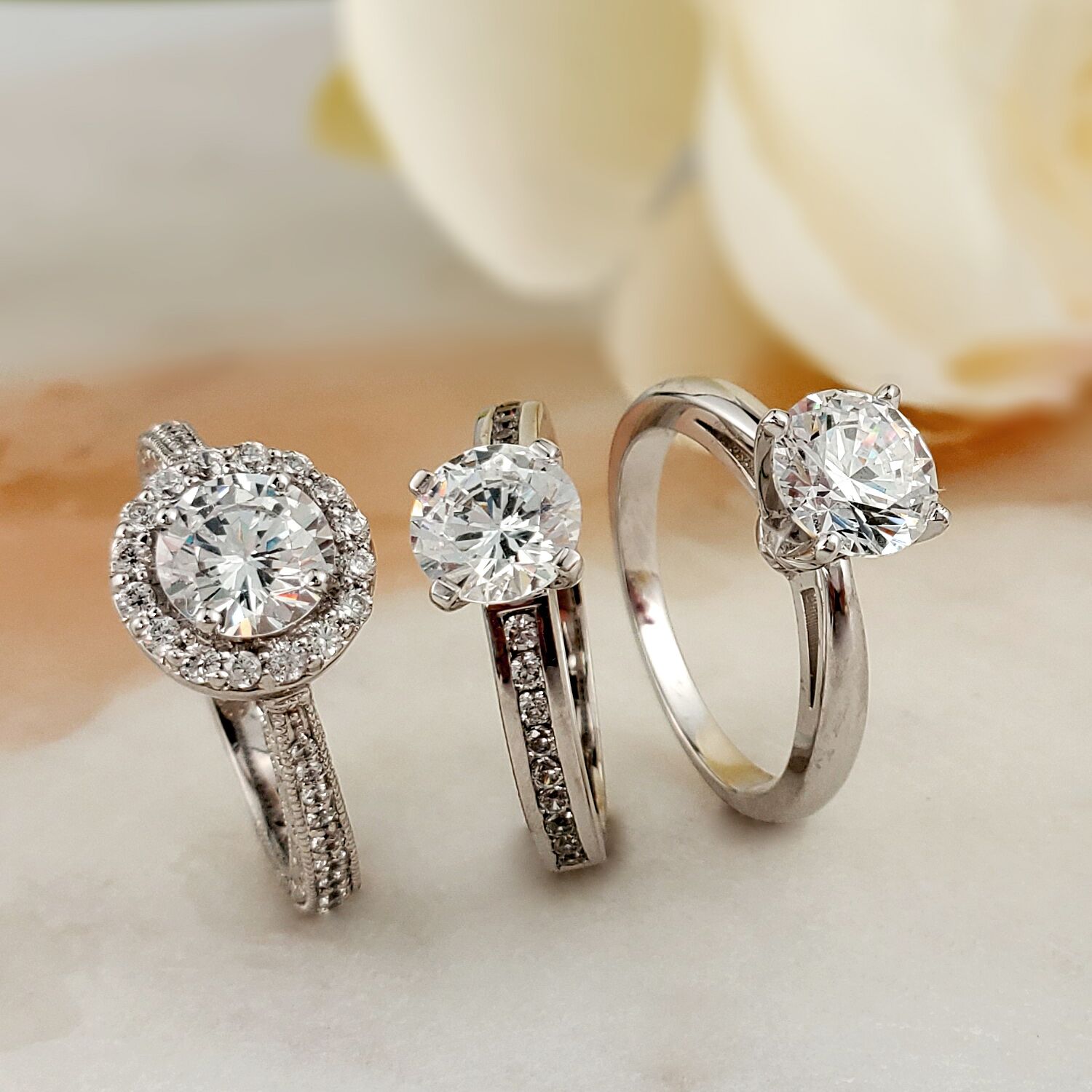 The earliest historical evidence of engagement rings comes from ancient Egypt. Ancient Egyptians believed that the third finger of the left hand (known as the ring finger today) had a vein that led directly to the heart. Egyptians wore “rings of love” on this finger made of twisted metal, woven reeds, or leather.

Wedding rings also existed in ancient Rome. Many of these rings were an evolution of the signet ring design and often featured a carved design of two hands clasped in love. These rings were made of solid gold or gold and stone. Stones commonly used in carved marriage rings include cornelian, aquamarine, garnet, and onyx.

Another record of ancient Roman engagement rings comes from Pliny the Elder. This scholar wrote that grooms gave brides gold rings to wear at the betrothal ceremony and at special events. Then, they presented their brides with a second ring made of iron to be worn at home.

Engagement Rings in the Middle Ages

From around 1500 BC to 1700 BC, engagement rings remained popular. In this era in Europe, posey rings were quite popular. Posey rings were metal bands that were engraved with romantic phrases or poems. These rings could be crafted from gold or silver. Commonly, people gifted their betrothed with two rings. One would given for the engagement and would be made of silver, while the other would serve as the wedding band and be made of gold.

Some records of this era’s engagement rings and wedding bands are included in the works of William Shakespeare. Engagement rings appear numerous times in the Bard’s plays. 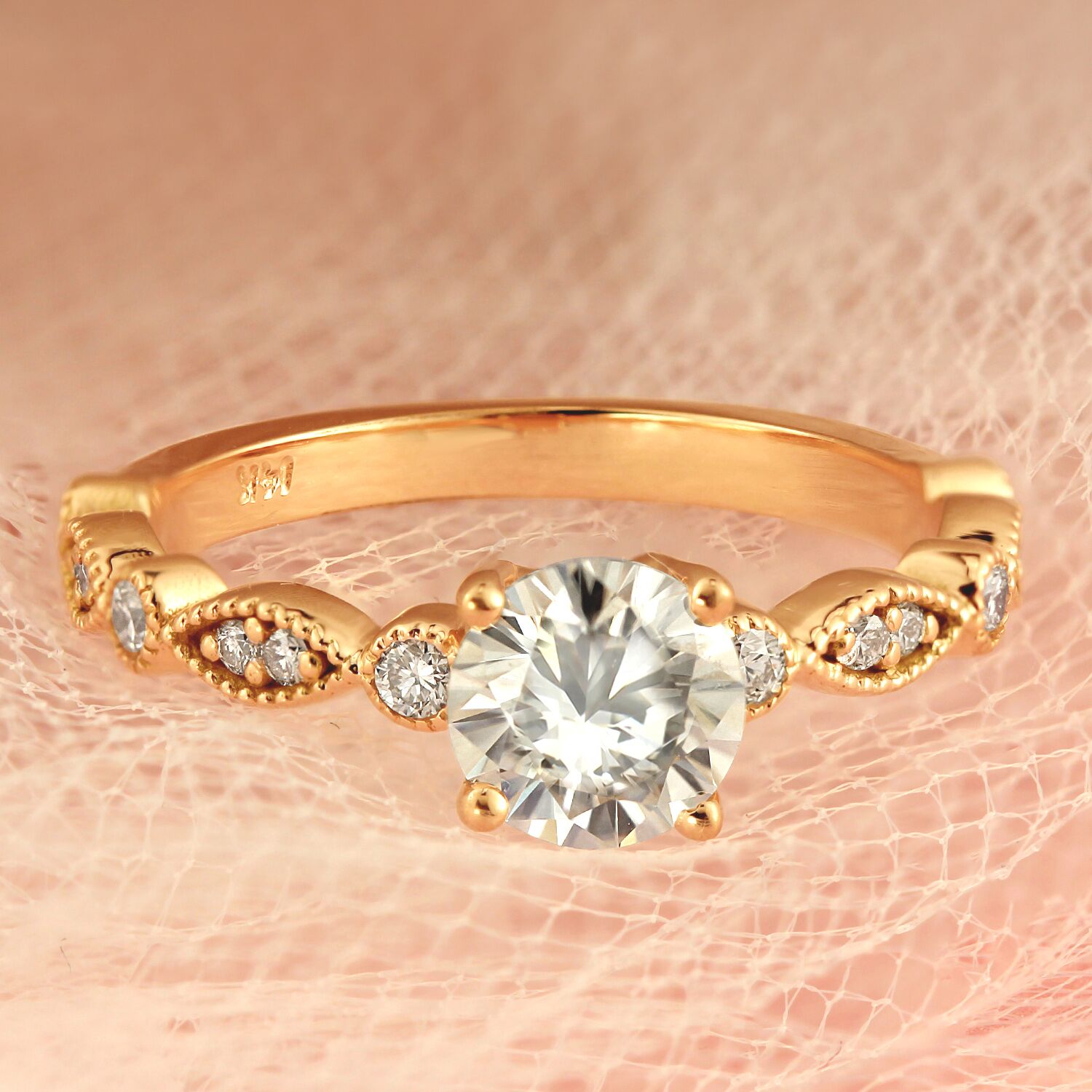 Pictured above is the Athena vintage style diamond engagement ring

In the Victorian Era, the use of gemstones in engagement rings was very popular. Additionally, the use of diamonds saw a major boom in this era. Diamonds became much more available in the 1880s when large diamond deposits were discovered in South Africa.

The Tiffany Setting was also born in the Victorian Era. In 1886, Tiffany & Co. debuted the first setting to ever lift a diamond off the ring’s band. This ring style would become incredibly popular and became used by jewelers around the world. Today, this raised solitaire setting is still one of the most popular engagement ring styles.

In the Edwardian Era, giving engagement rings finally became a social custom practiced by nearly everyone in western society. During this era, the Industrial Revolution brought an economic boom that allowed the middle class to afford engagement rings. 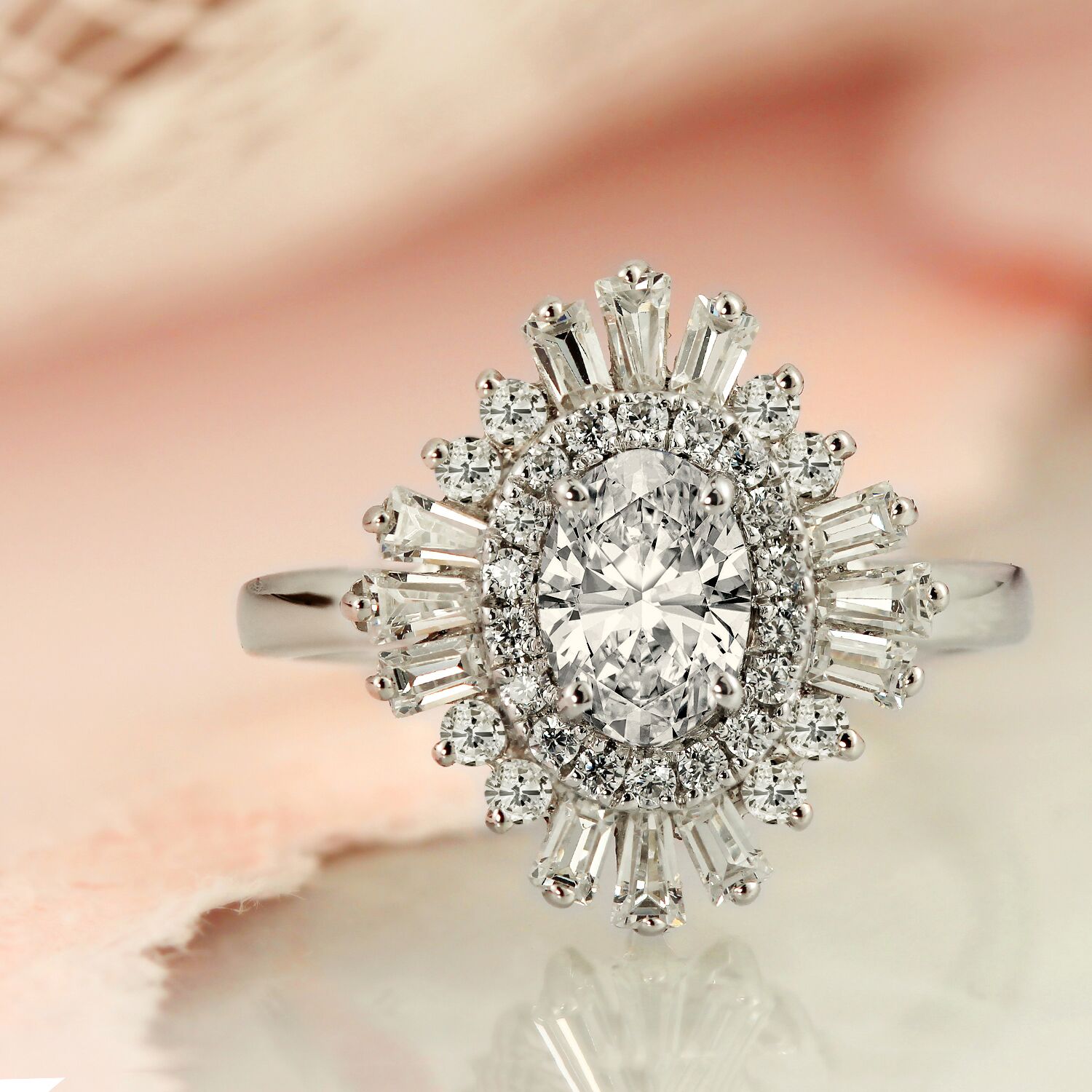 The Charleston diamond engagement ring with a ballerina halo

The Art Deco Era has a very distinctive style. In this era, geometric shapes were commonly used in architecture, art, and jewelry design. The engagement rings of this era often used numerous colors and shapes of gemstones in their intricate designs. White precious metals, like white gold and platinum, were the most popular choice during this era.

The 1970s saw the invention of princess cut and radiant cut diamonds. Both of these modern diamond shapes were incredibly popular during this time period. Coordinating engagement sets also became a popular trend during the 1970s. 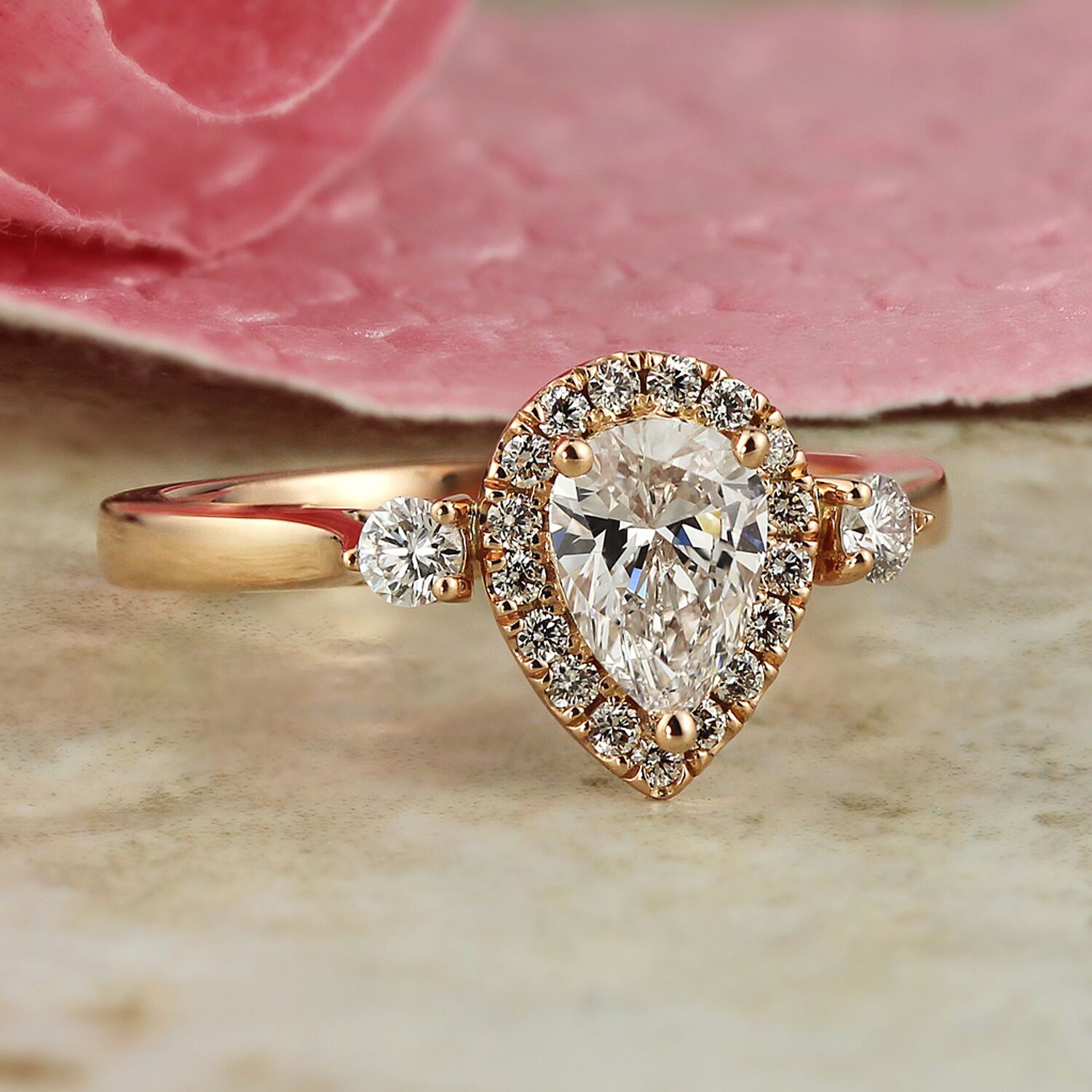 Today, engagement rings are much more varied than ever before. In past decades, couples were more limited in their engagement ring options. They would likely just choose something that they found at a local jeweler. Or, perhaps mail order something they saw in a magazine or a newspaper.

But, today, we have the internet, which has opened up a whole new world of engagement rings, accessible to everyone. With the internet, couples can see that there are thousands of different engagement ring styles to choose from. Online, you can find solitaire rings, three stone rings, gemstone rings, one-of-a-kind designs, rings inspired by vintage eras, and so much more.

There are some styles that are more popular today than others. For example, solitaire rings are an enduring classic and halo set rings have become incredibly popular. Then, every year there are some more dominant trends. Right now in 2019, for example, gemstone engagement rings are having a major moment. However, access to different styles of engagement rings has increased so much that no one trend completely dominates the modern era.