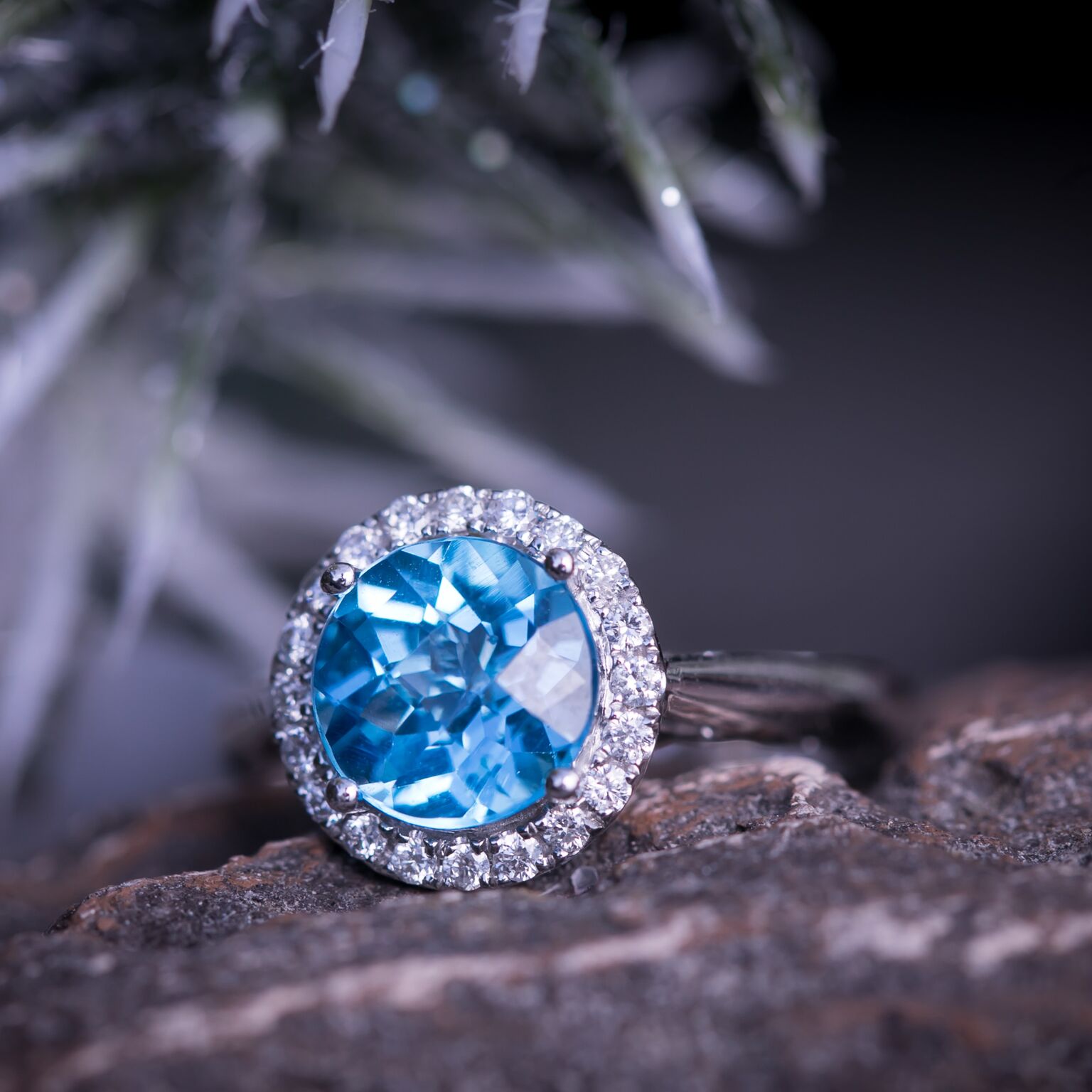 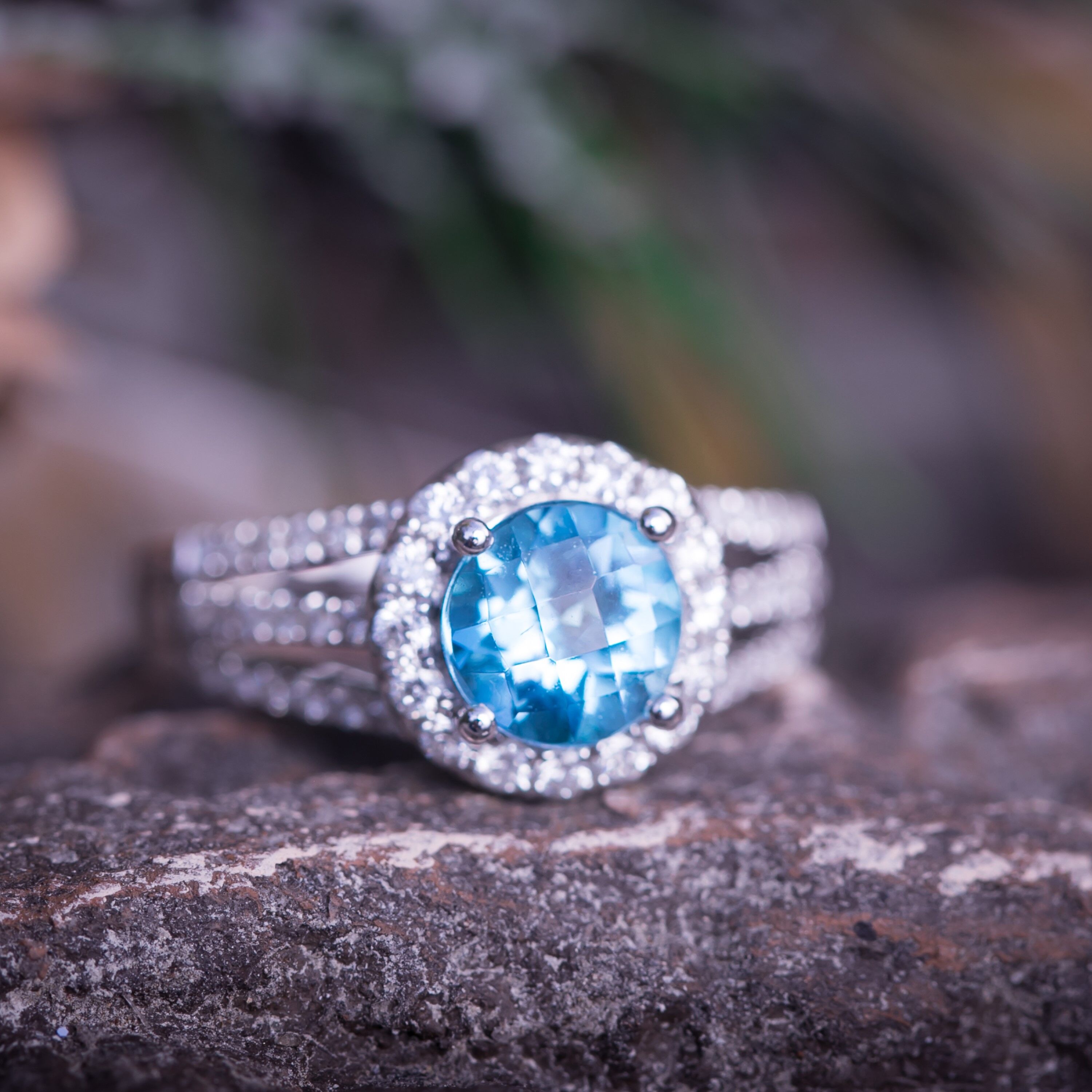 Topaz is a gemstone that comes in a rainbow of beautiful colors, including blue. Then, blue topaz has three different color families of its own: Sky Blue topaz (a pale, light blue), Swiss Blue topaz (a bright, electric blue), and London Blue topaz (a rich, deep blue). Each of these blue hues offers its own unique, mesmerizing beauty that can make an engagement ring incredibly eye-catching. 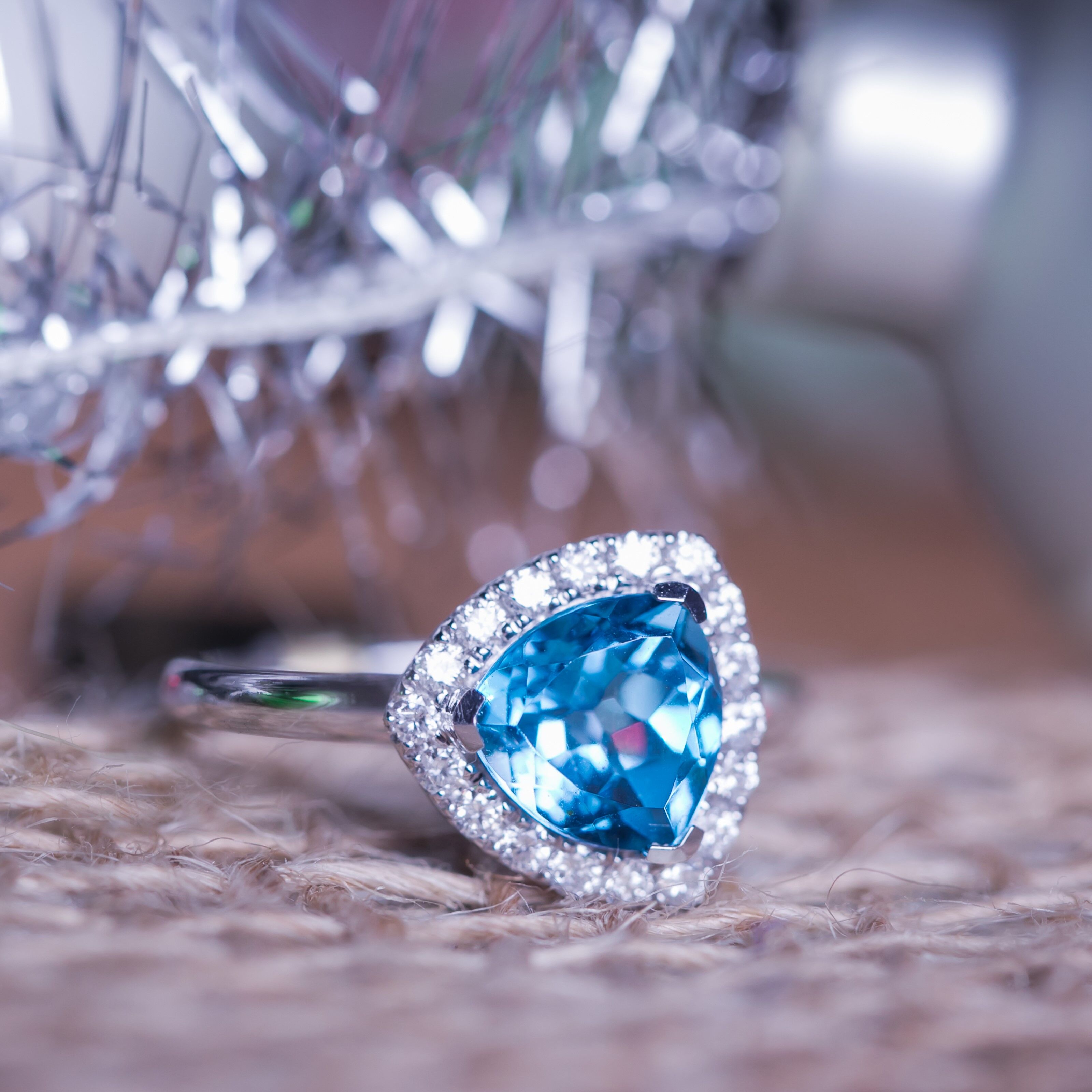 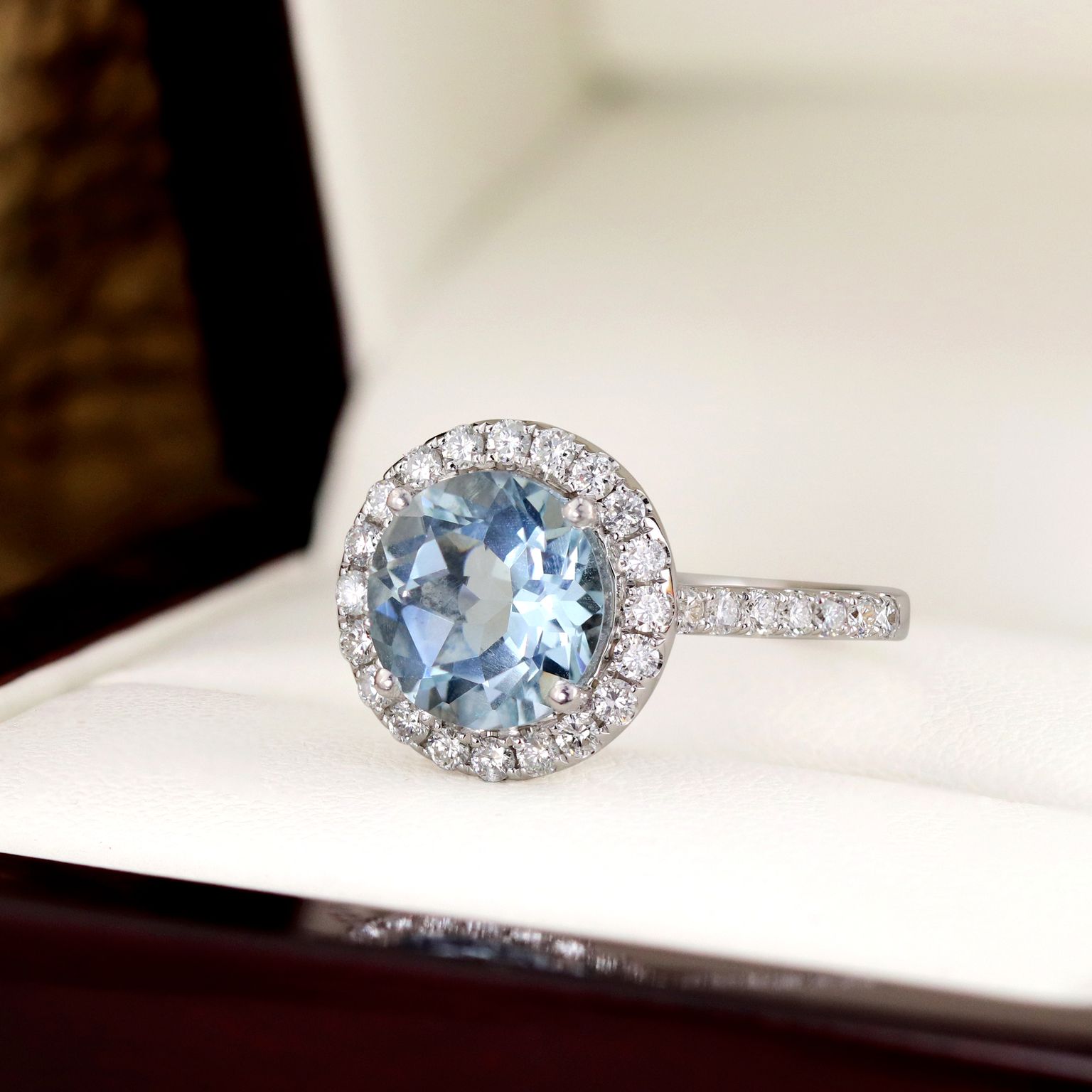 Another thing that makes blue topaz an attractive option for an engagement ring is its superior hardness, which makes it great for everyday wear. All gemstones are ranked on the Mohs Scale of Hardness. And while some gemstones are a bit too low on the scale to make them practical for an engagement ring, blue topaz ranks high on hardness and durability. Blue topaz comes in an 8 out of 10 on the Mohs Scale, which makes it an excellent option for frequently worn pieces (such as engagement rings).

Blue Topaz is the December Birthstone 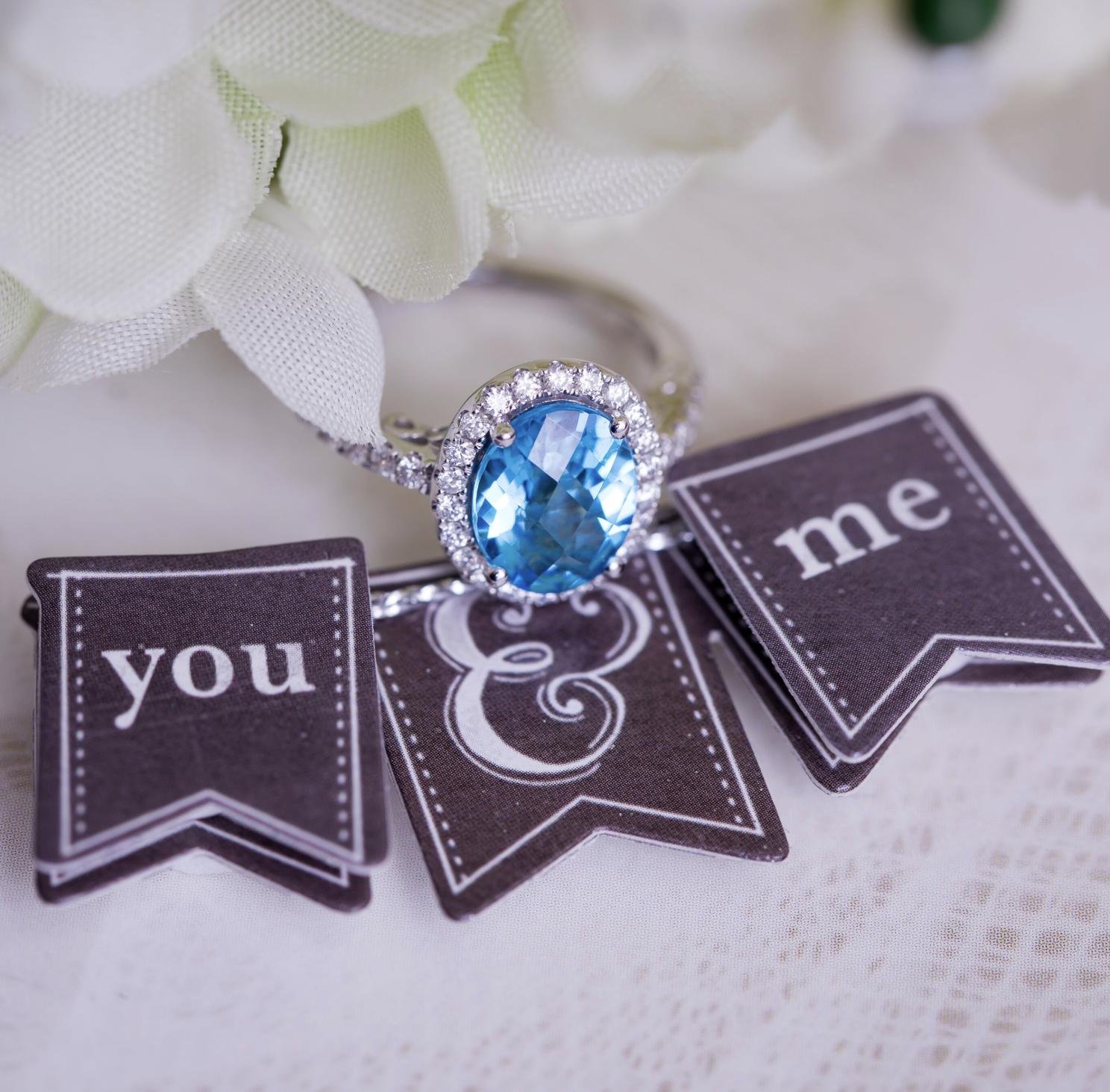 Blue topaz has been growing in popularity all year, as more and more couples are drawn to its beauty, its attractive price tag, and its practicality. But its popularity has spiked even higher leading up to the holiday season– and we have a theory as to why: because it’s one of the December birthstones.